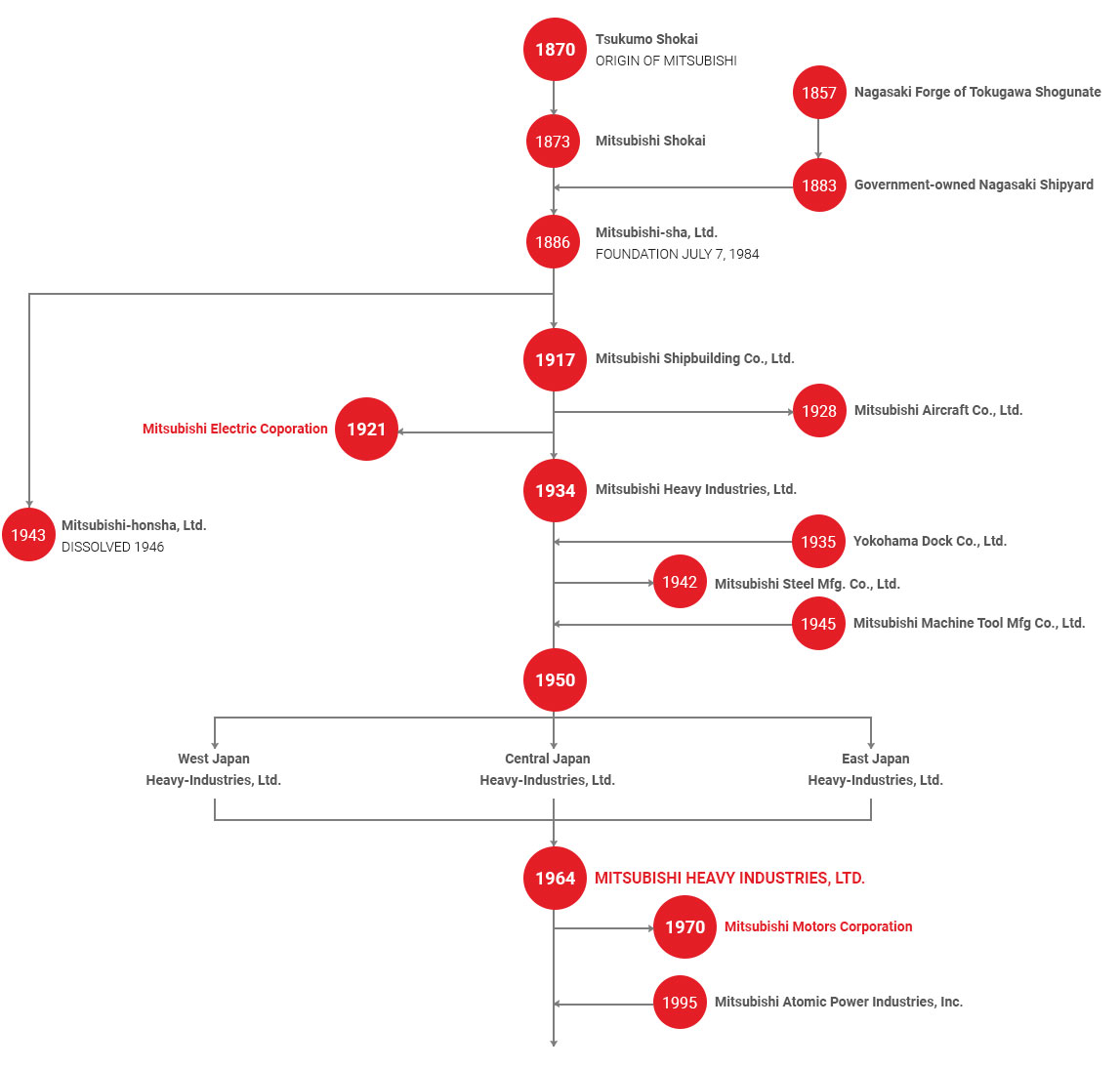 In that year, Yataro Iwasaki – the founder of Mitsubishi, took a lease out on government-owned Nagasaki Shipyard. He named it Nagasaki Shipyard & Machinery Works, and started the shipbuilding business on a full scale.

This shipbuilding business was later turned into Mitsubishi Shipbuilding Co., Ltd., and then launched as Mitsubishi Heavy-Industries, Ltd. in 1934, establishing its position as the largest private firm in Japan, manufacturing ships, heavy machinery, airplanes, and railroad cars.

Integrating each company's management and technical expertise and enhancing competitiveness in domestic and international markets, MHI has come a long way.

The "Three Diamonds", company symbol of Mitsubishi Heavy Industries, Ltd., originated with the symbol of the ship's flag which the company's forefather, Tsukumo Shokai, adopted when it started the shipping business. This symbol is a transformed version of the family emblem of Yataro Iwasaki, the founder of Mitsubishi.

THANK YOU FOR REGISTERING THE INFORMATION